Helping News                                                   May, 2009   Issue 10
Summer Jobs May Help Prevent Suicidal Tendencies in At-Risk Teens
• Mental health and Psychiatry news • Mar 25, 2009
A University of Iowa study found that when a friend of a friend attempts suicide, at-risk teens are more likely to seriously consider doing so. But at-risk teens are less likely to be suicidal if they hold summer jobs.
In fact, summer employment is more of a deterrent than holding a job during the school year, attending church, participating in sports or living in a two-parent home, according to the research
by Rob Baller, associate professor of
sociology in the University of Iowa
College of Liberal Arts and Sciences,
who co-authored the study with Kelly
Richardson, a data analyst at the Iowa
City VA Medical Center.
“Summer employment is thought to be
beneficial because it creates self-esteem
while reducing isolation and substance
abuse, and it does not conflict with
school work in the way a job during the
school year could,” Baller said.
Risk factors for teen suicide include
heavy alcohol consumption, physical
fights, obesity, same-sex attraction and rape victimization. Among adolescents with more of these risk factors, working a paid summer job 20 or more hours a week creates immunity against the friend-to-friend diffusion of suicidal thoughts and behaviors. At-risk teens who are 16 or younger can work just 10 hours a week in the summer to reap the same benefit.
Unemployment rates for teens have continued to climb throughout the economic downturn. The latest figures from the U.S. Bureau of Labor Statistics show the percentage of unemployed teens approaching 22 percent, far higher than the rates for adults.
“If unemployment continues to rise, teens may have a tough time finding jobs this summer,” Richardson said. “Possible solutions could include working for pay within the family or for a friend
of the family.”
The researchers do offer one caveat: in
order for summer employment to be
beneficial, it must not expose troubled
teens to additional problems. Working
teens can be vulnerable to workplace
harassment because of their
inexperience and the ease with which
they can be replaced, Baller said. E.J. Graff of the Schuster Institute for Investigative Journalism at Brandeis University found the problem of teen harassment in the workplace to be significant. Coverage of this issue can be viewed at http://www.pbs.org/now/shows/508/.
“Working teens should be empowered to be intolerant of workplace harassment,” Baller said. “Teens in the work force should be encouraged to speak openly with parents and supervisors if they experience it.”
The study was an analysis of data from the 1994-1996 National Longitudinal Study of Adolescent Health, which included information on friendship networks of 2,000 students at 15 junior and senior high schools. Effects of friends of friends attempting suicide were found controlling for suicide attempts by friends and family members, and the respondent’s prior suicidal thoughts, among other controls.
The study will be published in the September 2009 issue of the Journal of Health and Social Behavior. The research was supported the Center for Criminology and Socio-Legal Studies in the UI Department of Sociology.
STORY SOURCE: University of Iowa News Services, 300 Plaza Centre One, Suite 371, Iowa City, Iowa 52242-2500
Source: University of Iowa Health Sciences
Previous Newsletter
More information coming...
1 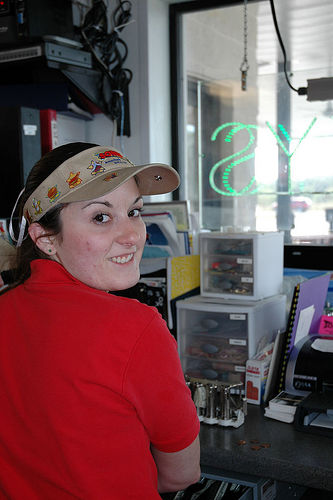