Helping News                                                  March, 2012   Issue 44
AHRQ News and Numbers
Release date: December 14, 2011
The five most commonly treated medical conditions among children in 2008 were acute bronchitis, asthma, trauma-related disorders, middle-ear infections, and mental disorders, according to the latest News and Numbers from the Agency for Healthcare Research and Quality (AHRQ).
More than 40 percent of the Nation's 74 million children age 17 and younger were treated for at least one of those conditions that year.
The Federal agency also found that of the five most commonly treated conditions among children in 2008:
•Mental disorders represented the fifth
most commonly treated condition—
5 million children were treated—yet the
average expense per child was highest at
$2,483.
•Bronchitis was one of the most widely
reported ailments, for which 12 million
children received medical care, yet of
the top five most commonly treated
conditions, the cost of treatment was
lowest at an average $226 per child.
•Private insurance paid the largest share
of treatment costs for bronchitis
(55 percent), trauma (62 percent), and
middle-ear infections (64 percent), while
Medicaid paid the largest share for treatment of asthma (51 percent) and mental disorders (46 percent). Expenses included the costs of office doctor visits, prescription drugs, and hospital care.
The data in this AHRQ News and Numbers summary are taken from the Medical Expenditure Panel Survey (MEPS), a detailed source of information on the health services used by Americans, the frequency with which they are used, the cost of those services, and how they are paid. For more information, go to Statistical Brief #349: Health Care Expenditures for the Five Most Common Children's Conditions, 2008.
Previous Newsletter
Bing search
Yahoo Search
Allpages
Google
More information coming...
1 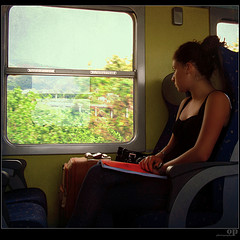