Helping News                                                 February, 2018   Issue 116
A Closer Look: Why Some Industries Suffer More From Substance Abuse Than Others
By John Harrington November 13, 2017 4:22 pm EST
Alcohol and illicit drug abuse are major burdens on American society, costing an estimated $442 billion annually in lost productivity and health care costs.
The share of full-time workers who report monthly excessive alcohol use ranges from 4.4% to 17.5% across the 19 major industries. Illicit drug use across these industries ranges from 4.3% to 19.1%.
24/7 Wall St. reviewed data on substance use disorder — or SUD — from the Substance Abuse and Mental Health Services Administration, a branch of the U.S. Department of Health and Human Services, to identify the industries where substance abuse is most common.
Workers in the accommodations and food service industry are the most likely to have a substance use disorder — defined as the use of one or more substances that leads to abuse or dependence. According to the results of a National Surveys on Drug Use and Health questionnaire, 16.9% of workers in the accommodations and food service industry are physically impaired because of substance abuse. The sector also has the highest rate of illicit drug use, with an estimated 19.1% of full-time workers using illegal drugs for nonmedical purposes monthly.
One factor likely contributing to excessive consumption of alcohol in the accommodations and food service sector is the industry’s culture. People are around alcohol during their shift and tend to unwind over drinks with their peers at work once their shift is over.
According to “Dimensions of Problem Drinking Among Young Adult Restaurant Workers,” a study published in the American Journal of Drug and Alcohol Abuse, “Socializing with co-workers was found to be a risk factor for heavier or problem drinking.” The study also found that “after-work socializing in this particular occupational group appears to put members at heavier risk.” The report said that “Hazardous alcohol consumption patterns were seen in 80% of men and 64% of women” workers.
It somewhat of a tradition in the industry for restaurant managers to reward their employees with a drink once their shift is over. Concerns about alcohol abuse in the food industry workplace have prompted some business owners to reconsider having a liquor license and switch to a bring-your-own alcohol option.
Another possible reason for the higher levels of substance abuse in the food industry may be the high-stress environment, customer-facing work, as well as young hires working at low wages.
Google​
Previous Newsletter
More information coming...
1 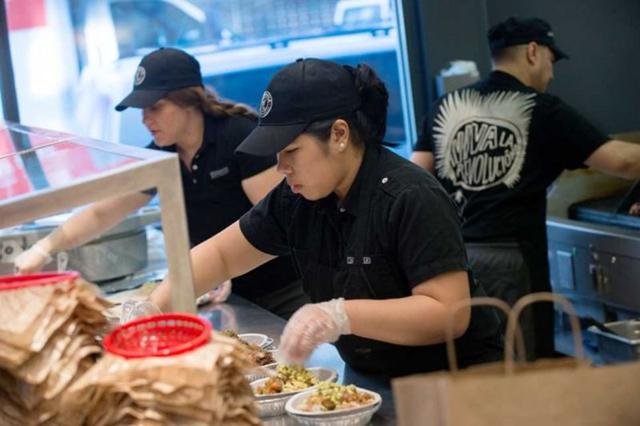