Helping News                                                 January, 2018   Issue 115
Generation at risk: America's youngest facing mental health crisis
Dec. 12, 2017 at 7:00 AM
Kate Snow
Cynthia McFadden
TODAY
Alex Crotty was just 11 when things started feeling wrong.
It wasn't just a matter of being unhappy. She always felt empty and miserable — never content or connected to other children. For years, she suffered alone, filled with shame. She switched schools, but that didn't help.
"I didn't feel unloved. I just felt numb to the world. Like, I was surrounded by great things, but just I couldn't be happy. And I didn't know why that was," Alex told NBC News.
Finally, at 14, she decided to break her silence. "I can't feel anything," Alex simply told her mother, Heather Olson of New York. "So she just gave me a hug, cradled me in her arms on the bed, and was like, 'Well can you feel me? Can you feel my love?'"
"A hug and kisses was the only thing that came to mind at the spur of the moment, but that was precisely what she needed to start the journey forward," Olson said.
Alex was diagnosed with major depression and anxiety. Now 16, she is in therapy and on medication. She's far from alone.
For years, Alex Crotty was too scared to reach out for help for her depression because she thought if she told her parents, they wouldn't believe her or they would overreact and send her to a "psych ward," she said.
There is an acute health crisis happening among members of the youngest generation of Americans, with critical implications for the country's future.
The Centers for Disease Control and Prevention reports that 1 in 5 American children ages 3 through 17 — about 15 million — have a diagnosable mental, emotional or behavioral disorder in a given year.
Only 20 percent of these children are ever diagnosed and receive treatment; 80 percent — about 12 million — aren't receiving treatment.
Google​
Previous Newsletter
More information coming... 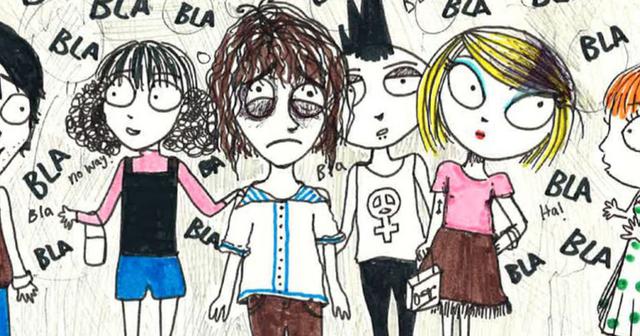