1
Helping News                                                  January, 2014   Issue 67
Anxiety vs. Depression
Anxiety and depression are different disorders. Anxiety is characterized by fear and apprehension. There are often worried and nervous thoughts, and a significant attention on both the present and future. Anxiety creates a feeling of discomfort and often has a lot more energy. Those with anxiety tend to think very negatively, but they do so about things that might happen. Often the basics of anxiety are the fear that something will make their life worse.
Depression, on the other hand, doesn't have that fear. Depression centers around the idea that life is already bad, with less hope about getting better. It's less worried about the future because it involves less hope. Those with depression may suffer from suicidal ideations, severe fatigue (ie, less energy), and fewer emotions – although like anxiety these emotions are often very negative.
Anxiety is best described as the belief that things can go wrong and make life worse, and depression is best described as the belief that nothing can go right and make life better. Physically, anxiety tends to cause an activation of feelings and sensations (rapid heartbeat, sweating, the feeling of panic) while depression seems to cause an absence of feelings and sensations (no positive feelings, feeling like it's not worth getting up, like of energy.
How the Two Are Related
There are still many similarities between the two conditions, and remember that in some cases one can cause the other. For example, after a severe panic attack some people find themselves so drained of energy and so emotionally upset that they develop temporary (and sometimes even long lasting) depression as a result, as though their emotions and happiness are drained out of them.
Both involve a considerable amount of negative thinking. While those with anxiety tend to fear the future and those with depression see the future as more hopeless, both believe that the worst is likely to happen. Both anxiety and depression are related to the same neurotransmitters as well, which is one of the reasons
they have similar thoughts (since neurotransmitters affect
thinking and perception).
They sometimes even have similar physical symptoms,
including:
Nausea and stomach issues.
Aches and pains for no apparent reason.
Headaches.
But the other symptoms often differ enough that it's clear
to counselors whether or not someone suffers from one,
the other, or both. The reason there is often comorbidity between the two conditions is because not everyone suffers from the condition every day, and because not all depression and anxiety exhibits itself in the same way. For example:
Those with depression may still fear the future getting worse, or be afraid something bad will happen despite otherwise having less hope.
Those with anxiety may have depression symptoms often as a result of their anxiety – enough that they qualify for depression – but anxiety is the major condition (especially true of panic attacks).
Those with depression and anxiety often have their ups and downs. Not everyone deals with one or the other each and every day, every moment of the day.
Some show symptoms of both, but not all. For example, some may feel life is not worth living (depression) because nothing good is happening. They have hope or wish good things will happen though, which is less indicative of depression and more common with anxiety. But then when those things don't happen, they continue to have their suicidal ideations.
This is why anxiety vs. depression is so complicated, and why it's important to recognize how often the conditions are different and how often they're similar. Counselors generally look at both and try to differentiate the major problems, as well as figure out how to treat them.
Previous Newsletter
Bing search
Yahoo Search
Allpages
Google
More information coming... 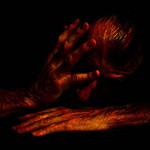