1
Helping News                                                   November, 2018   Issue 125
Americans Just Broke a New Record for Stress and Anxiety
Why change and uncertainty make us nervous — and what we can do about it.
Since 2007, the American Psychological Association has published an annual survey of stress in America. In January 2017, for the first time in its 10-year history, the survey found a statistically significant increase in stress levels in the U.S. compared to the previous year. Americans certainly appear to be more stressed than ever. The most commonly shared explanation for why is the nation's extreme political polarization. Indeed, 57 percent of the more than 1,000 people surveyed for the study said the current political climate was a "very significant" or "somewhat significant" source of stress.
We may be continuing to experience the emotional fallout of the election in the form of hostility, mistrust, feelings of being under attack, and pervasive anxiety. It is no longer the case that the things that divide us are less than those that unite us as Americans. Today, we struggle with profound differences in values and definitions of who we are as a nation. And it’s not just us who are struggling with these issues, but Europe as well.
I hear stories every day of partners who constantly fight about politics, or of family members who no longer speak to each other because of differing political views. President Trump's style is to dig in and attack opponents, rather than emphasizing compromise and unity. While this strategy may be effective in some situations, it can exacerbate conflict, rather than resolve it. This style of confrontation may be trickling down to dinner tables and water coolers, creating increasing division and anger. And while liberals may be the most stressed at the moment, they're not the only ones.
According to Bloomberg News, “a full two-thirds of respondents to the survey said they are stressed out about the nation's future." That figure includes 76 percent of Democrats surveyed as well as 59 percent of Republicans. So there is something pervasive going on extending beyond political beliefs. According to one of the study’s authors, people are stressed by the fast pace of change and the uncertainty of the political climate—and unpredictability is always stressful to the human brain.
In a study conducted last year by researchers at University College, London, 45 participants played a computer game in which they turned over rocks that might have snakes under them. When a snake appeared, the player received a mildly painful electric shock to the hand. Over time, participants learned which rocks were most likely to have snakes, but then researchers changed the odds, leading to different levels of uncertainty. Results showed that when conditions were most uncertain—with a 50/50 chance of finding a snake each turn—participants were more stressed than when there was 0 percent or a 100 percent chance of finding a snake (and a shock).
Yes, even though the number of shocks was far greater in the 100 percent condition, participants experienced the uncertainty condition as more stressful. According to the lead author Archy de Berker:
Google​
Previous Newsletter
More information coming... 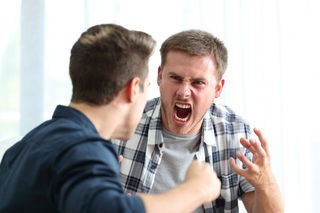